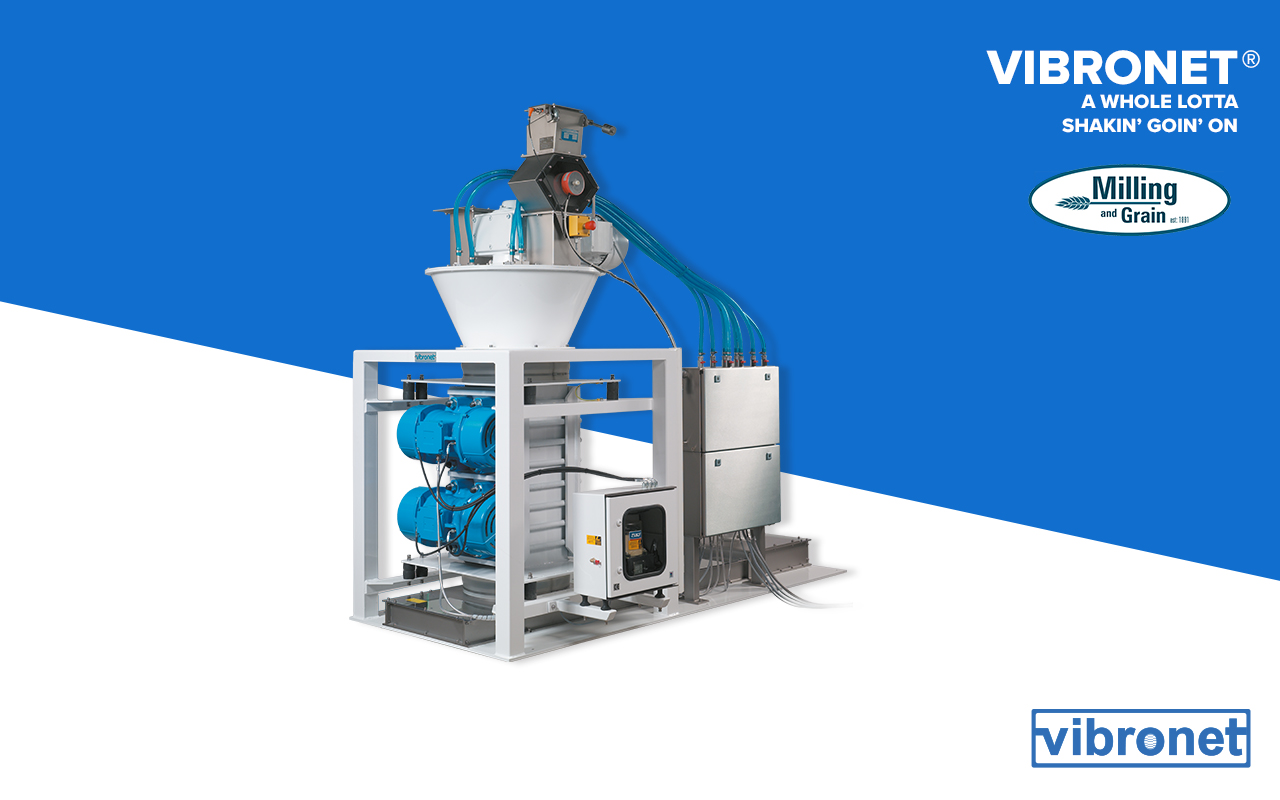 As the old saying goes, time is money, and the same is true in the cereal milling industry. For example, a typical flour milling process requires an ordered sequence of steps the wheat must be put through to separate, mill, sift, purify and finally pack the product in flour bags.  Each step takes a certain amount of time, and it’s difficult to find shortcuts to speed things up. But a German company has pioneered a technology that saves vital time while producing a better quality product.

The cleaning house
One of the first steps in the wheat milling process is cleaning the cereal. This is accomplished in stages by what is called the “cleaning house”. This is not an actual house per se, but rather a number of specialised machines, each one designed to condition the cereal prior to milling.

The first step is to separate the cereal from seeds, foreign materials, and various harvest detritus such as sticks, stones, metal and straw, and then scour the kernels of wheat clean. As many as six machines are typically involved: magnetic separator, separator, aspirator, de-stoner, disc separator, scourer, and impact entoleter.  These machines work at very high speeds and the cleaning is usually accomplished in a short amount of time.

Tempering
The next step involves conditioning the wheat so that it is ready to be milled. The process is called Tempering and involves adding moisture in precise quantities to make the outer layer of the wheat kernels (known as the bran) more flexible. The grain is soaked in water to make the parts of the kernel separate cleanly and easily.

Grain may be left in tempering bins for varying amounts of time depending upon its moisture level and type, but the soaking time will typically be 24 hours or more before the water gets into the outer bran layer. The challenge is to evenly distribute the tempering water over the entire kernel surface. Compared to the rest of the milling cycle—which is usually carried out at great speed by precise machines—the need to temper cereal slows the whole process down to a dawdle.

But the time eaten up by tempering causes bigger problems than just slowing down production. The heat in the silo, when combined with water and dirt and mould on the grain, leads to the growth of mycotoxins, and so the longer the grain spends in the silo bin the more the bacteria will grow.

Clearly, what is needed is a way of speeding up the tempering process while more effectively wetting the surface of a kernel so that water penetrates evenly.

The Vibronet
Enter the Vibronet, a patented vertical dampener that uses high vibrational energy to accelerate water penetration into the cereal and speed the wetting process.

How it works. Because of surface tension, a drop of water will always try to form a sphere. At a microscopic scale, these tiny spheres are much larger than the pores in a cereal kernel and so can only enter the kernel mainly through the germ.

By using high vibrational energy, the Vibronet breaks down the surface tension of the microscopic spheres of water, turning the water into a film that covers the entire kernel surface and easily wicks into the tiny capillaries. The result is a much more effective wetting that only requires two to six hours depending on grain type to produce a product with the appropriate water content necessary for milling.  Tests conducted by the German Federal Research Institute of Nutrition and Food has shown that the applied intensive vibrational forces can add up to 12 percent water in one pass. Shorter temper times means the cereal spends less time in the bin, which leads to a lowered bacterial count in the cereal and in the end product.

Speeding up the tempering process also reduces the need for additional temper bins and transport elements, so no new silo bins need to be built when e.g. increasing capacity. What’s more, Vibronet’s vibrational technology is the only method that can bring dampening water into the grain crease, which corresponds to one sixth of the entire kernel surface. This allows to achieve up to 1% more total yield and up to 1.6% more white flour. The system works on all kinds of cereals and pulses. This more uniform water entry especially helps popcorn producers and in flaking produces a better flake quality with an enhanced appearance.

The Vibronet doesn’t need a lot of KW. Compared to standard dampening systems, the Vibronet needs less than half the electricity—typically only 0.2kW per tonne and per hour of operation.

A flexible solution
There is a huge range of applications for a Vibronet dampener. It can not only used for milling but also for: